People living in Scotland who rely on Universal Credit payments and who are in a significant amount of debt are facing a “perfect storm” during the ongoing cost of living crisis.

According to the charity Citizens Advice Scotland (CAS), while price rises are having an impact across the economy, those on Universal Credit are among those being hardest hit.

For many benefit claimants, soaring energy bills and increasing costs more generally have been very tough to cope with but for some of those in debt the situation has become almost impossible to manage from a personal finance perspective.

“When the UK government cut UC by £20 per week in October last year, just as energy and food prices began to skyrocket, we warned this would create a perfect storm for these households,” said David Scott from CAS.

“The research we are publishing today shows just how true that has been. Every CAB in Scotland is reporting to us that they are seeing UC claimants who just can’t make ends meet.”

The latest figures from CAS show that demand for some of its advisory services have increased sharply since last year, with more and more Scots struggling to manage their debts and cover their outgoings each month.

Universal Credit payments were increased by £20 per week during the pandemic but were then reduced again towards the end of last year, with debt help campaigners among those insisting that the increase should have been sustained indefinitely.

“With food prices still rising and the energy price cap set to increase again in October, the cost of living crisis will be with us for many more months,” commented Mr Scott from CAS.

“But for those who fall into debt and hardship during this time, the effect can be much more long-lasting,” he added.

If you live in Scotland and you are worried about your debts then Scotland Debt Solutions can help. Contact us directly to arrange a FREE and confidential consultation. 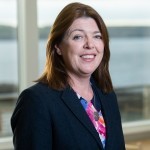