Bank overdraft debts are a very common type of unsecured debt due to the tendency for individuals to 'max out' the overdraft limit and then be hit with interest charges that escalate the problem further. Here, we analyse overdraft debts and provide clarity on the options available to you. Quick debt Calculator Free Debt Report

You'll Get
Peace of Mind

What is an Overdraft?

An overdraft can be likened to a financial buffer. It's essentially a form of credit added to your bank account which allows you to use more than what's currently in your account, up to an agreed limit. The overdraft is an option that many people can ask their bank for.

It can be a convenient way of borrowing as your account has already been set-up and, for the bank, it's a simple function of adding the overdraft facility. But it's crucial to note that overdrafts are common type of debt and the bank can feasibly request full repayment ‘upon demand’. This means that the lender can, effectively, request you pay the overdraft limit at any time.

Also, it's worth bearing in mind that overdrafts can often have higher interest rates than other ways of borrowing – in addition to fees for the creation and administration of the overdraft itself – which can make them an expensive way to borrow money.

Overdrafts can either be arranged or unarranged with your bank. Unsurprisingly, an arranged overdraft is where you have taken up the option of an overdraft with them and have been granted an overdraft limit which you can spend. It's likely that you'll be charged interest on the overdraft – though some banks offer initial interest-free periods – but it's unlikely you'll be hit with other charges or fees unless you exceed your limit.

Charges and fees tend to come into play with unarranged overdrafts; this is where you have spent more money than what's in your account. Depending on the bank and type of account, some banks will enable the unarranged overdraft and lend you the money; i.e. you have £100 left in your account and buy something for £150 and the bank lends you the additional £50 automatically. Whereas other banks will simply reject the transaction from going through. If you do exceed your bank balance without permission, you can expect to be hit with bank charges and interest fees, which are usually higher than if the overdraft was arranged.

Dipping into your overdraft might seem like an harmless step to take but for many people, fees and interest that is applied can turn a small debt into an unmanageable one. We help individuals across Scotland that are suffering with overdraft debts and we help organise a structure for them to be debt-free. Speak to one of our friendly, experienced advisers for free today.

Get your FREE Debt Report

Just some of the issues we can help you with 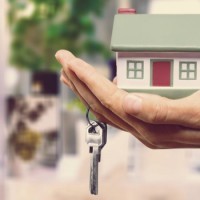 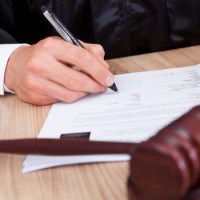 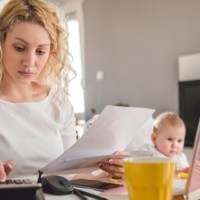 We now do home visits

If you would prefer a meeting in the comfort of your own home, we are happy to arrange a date and time convenient for you no matter where in the country you are based.

We have offices in Aberdeen, Dundee, Edinburgh, Glasgow & Inverness. Contact your local office now, for your FREE initial consultation and advice.
Find your Local Office