A debt arrangement scheme is a common agreement whereby Scottish residents in serious levels of debt can repay their creditors through consolidated monthly or weekly payments. Free Debt Report

The process duration depends on the amount of debt involved; it could take several years to repay.

It is a viable alternative to sequestration (bankruptcy) and has a number of benefits which we have touched upon in our specific DAS advantages guide.

However, it goes without saying that all debt management processes have their drawbacks; it’s often a case of having to one step backwards to ultimately move two steps forward. The debt arrangement scheme is no different and here we analyse the key disadvantages of a DAS which you should be aware of:

• Debts Not Written Off
In contrast to the other common formal insolvency procedures in Scotland such as trust deeds and sequestration, a debt arrangement scheme exists until your debts are fully repaid – meaning your debts will not be written off. It could take you months or years to be debt free, depending on the amount of debt you have.

• Credit Rating
It won’t come as any surprise but your credit rating may be affected – usually for six years. Public Notice
Your name will be published in the Debt Arrangement Scheme Register which is a public register. The reality is that few people will see it but if anyone does search for your name, they’ll be able to see you subject to a debt arrangement scheme.

• Longer Repayment Period
A debt arrangement scheme can last for several years if you have large debts and this period can be extended if you have to reduce the amount you pay to creditors each month.

Get your FREE Debt Report today

Find out which debt solution is best for you

Our debt report is completely free to use and is a great starting point for anyone with over £5000 of debts looking to take control of their debt issues. By providing us with details of your incomings and outgoings we can suggest the most appropriate way forward for you.

Unusually high rates of inflation are threatening to sweep many more Scots into problem debt situations and serious financial difficulties.

Scots in Debt Urged Not to Struggle in Silence

People with debt problems in Scotland are being urged not to struggle with their issues alone and to reach out for help and support if they need it.

The scale of debts owed by UK consumers to their energy suppliers has doubled over the past year to reach a total topping £1 billion.

Are any debts excluded from DAS?

Debts that will not form part of your Debt Payment Programme include: Some secured loans Student loans Court fines

Does DAS provide protection from creditors?

Yes, this is one of the reasons why the Scottish government introduced the scheme. As long as payments set out in the Debt Payment Programme are met, creditors will not be able to make contact or take legal action against you. All correspondence is dealt with by your DAS Approved Advisor.

How does the Debt Arrangement Scheme work?

A DAS Approved Advisor reviews your income, assets and liabilities to make sure it is the right product for you. A Debt Payment Programme is then drawn up which takes into account your household expenses such as rent, food and utilities, and sets out how much you need to pay against your debts each month, and for how long. This ensures that your living expenses are covered, and that debts are consolidated into a single affordable payment.

How long does a DAS last?

There is no specified timescale for completion of a Debt Payment Programme, as each case is unique and depends on your financial situation. There is flexibility built into the scheme if your circumstances alter, however.

What are the advantages of a Debt Arrangement Scheme?

You have more time to pay off your debts Interest and fees are frozen once a Debt Payment Programme has been agreed Your creditors are not able to take any further legal action Debts are consolidated into a single payment that you know is affordable because your financial situation has already been reviewed by a professional money advisor Escalating debts are halted, providing some relief from stress You can avoid full insolvency as you will still be paying your debts in full

What are the disadvantages of DAS?

The Debt Arrangement Scheme, like any debt management product, may affect your credit rating. If you enter into a DAS then your details will be recorded on the DAS register. This is a register which can be accessed free of charge. Creditors and credit reference agencies check this register on a regular basis and may update your credit file to reflect this information. While you have a Debt Payment Programme under DAS, you will not normally be able to access additional credit. There are exemptions to this which your money adviser can further explain.

If you’re a Scottish resident struggling with personal debts, there are a number of solutions available to you that can appease your creditors and put you on the path to financial recovery.

Difference between a trust deed and debt arrangement scheme (DAS)

Difference between Sequestration (bankruptcy) and a Debt Arrangement Scheme (DAS) 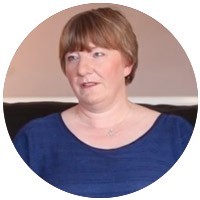 What are the pros and cons of a debt arrangement scheme (DAS)?

What does the DAS Fair and Reasonable Test entail?

Which debts can be included in a Debt Arrangement Scheme (DAS)?