Am I entitled to PPI compensation if I’m bankrupt / sequestrated?

Following the boom of mis-sold PPI pay-outs in recent years, this is a question that is cropping up more and more often. For the sake of this scenario, we’ll bypass your claim eligibility and assume that your case is progressing and compensation is due – just as it has been for hundreds of thousands of claimants across the UK.

However, whether you are currently sequestrated or have been discharged from bankruptcy, the answer is that any potential compensation pay-out is not yours to claim.

It’s all to do with assets and the term ‘right of action’, known commonly by its acronym ROA. When you originally signed up for PPI, that is when the ROA began. When a person is declared bankrupt, all assets transfer to the trustee – except for specific provisions such as basic living goods – and any matters that could be defined as a ‘right of action’ are included as an asset.

As your PPI claim relates to credit agreements signed before the bankruptcy then these PPI claims are all assets and they all vest with the trustee of your bankruptcy.

“The right to compensation for the mis-selling of PPI is a cause of action that vests in the bankruptcy estate when it arises,” said leading bankruptcy lawyer Frances Coulson.

“I appreciate that it is a disappointment to a victim of mis-selling but a trustee is under a duty to recover what he/she can for the creditors under the law and the law is something the trustee has to abide by.”

If you were formerly bankrupt and feel that a PPI policy was mis-sold, you are advised against pursuing a mis-selling claim and should instead refer it to your official receiver or trustee.

If your claim has already been made, the official receiver or trustee should be notified and the individual/company against whom the claim is being made should be informed of the bankruptcy.

So, in summary, any mis-sold PPI claim would be deemed an ROA which is an asset and because your PPI credit agreement was signed before your bankruptcy, this asset vests with your trustee. 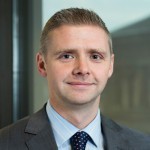 What is the Register of Insolvencies and will my Trust Deed appear on it?

The Register of Insolvencies is a public register that documents Trust Deeds until five years after the discharge date and includes personal details.

Can you take out joint Trust Deeds in Scotland?

Joint Trust Deeds don’t exist, however, if you want to run a Trust Deed that encompasses debts as a couple, this will be two individual Trust Deeds.

Across the UK, energy prices are rising rapidly so here we highlight the home appliances you should unplug when you’re not using them, to save some money.

Speak Direct With
A Qualified Adviser

Find an Office
OUR SERVICES